I don’t read much.
Mostly I read contracts,
But usually my lawyers
Do most of the work.
There are too many pages.

”Poetry, it seems, is back”

”‘Our language has become watered down in sound bites and social media,’ says Richard Blanco, the country’s fifth inaugural poet and education ambassador for the Academy of American Poets, who has written about the election and the Pulse shooting. ‘A poem takes back language, reenergizes it, reinvigorates it in a way that a post doesn’t. Language, and all art, offers a kind of consolation because it speaks truth and it speaks hope and it speaks all sorts of things you won’t get from a tweet or a newspaper or a post.'”

Andra artiklar på samma tema: ”Still, Poetry Will Rise” i The Atlantic, ”Words for solace and strength: poems to counter the election fallout – and beyond” i The Guardian och ”Donald Trump has roused the poets to stinging verse” i Los Angeles Times.

I skate for me and my homeboys!
We grind and carve!
Let’s skate! We yell that shit, Tina.
We fucking yell it!
We’re behind the grocery store, Tina,
shredding this curb and
John Law comes up and is like
Scram! Fuckers! So lame!
And I’m adjusting my beret.
And Tina, my skate Betty, I know you
love me, but I can’t
even explain how much
I will skate or die!

THE SITUATION OFTEN REFERRED TO AS POETRY

There is a situation often referred to as poetry. If you don’t
understand that, we’re at an impasse. Other situations are
possible, including stock car racing, but most of these
events go undetected. It’s similar to alien life forms or
endless rope tricks. Even special cowboys can’t lasso
every single lamb in the universe. Even house cats
look stupid in the bathroom mirror. For me, and my family,
we have numerous sweatshirts and various family traditions.
One of these is to exhaust ourselves in our sleep so
that when we awake we are livelier and smarter because
we’re so tired. At other times, we dress ourselves in robes
and lounge about the house, whistling softly and jutting
our bellybuttons toward the ceiling. My wife will
bring me ideas about capitalism or whatnot, perhaps
a recipe for veggie burgers. The thought of it all makes
me jumpy with love. The poetry we read to each other
makes us giggle. It’s always stuff like “you have a
ginormous, orange band-aid on” and other things like that
that just make you go, whoa! 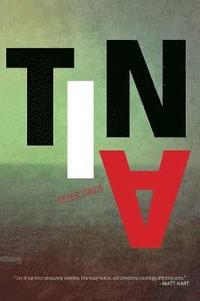 I feel like a bad mustache a lot of the time. With no friends, and for good reason, greedy and mean and not worth the time. I recognize this sensation often as the symptom of mental mustache but more often as the truth. Who knows about masks? Not me. I’m moving at the speed of light and the occurrence of seeing light gets mustache, etc. I want to tell something about myself, but, mustache.
And of course you’ll consider me rude and histrionic and mustache, but it’s the truth. For a whole lifetime a person is a human. A person is a person whether they know it or not. And if they do, if they feel as if they have a chance, even Superman can’t see through lead. So they might find it, snuggled as if children under flannel sheets, huddling and gaining strength, jumping out from closed closet doors and yelling “Boo!” It may remind them of their own children or of mustaches they can’t put in their cranium and lull to sleep. The whole time becoming blacker and more like a doorway or trapdoor, removing doubt about devout thoughts. There is a mustache. There is one and we all know it. Call it a black, square magnet, or a black square mustache—still this chalkboard is full of chalk. Some mustache has stood in front of this room for a long time with the back of his shirt un-tucked and sweat in his armpits, jotting some mustache code.

Hitlers Mustache: The Mustache Being Creepy on the Bus

The mustache was staring a stake through June,
she could feel the mustache peering, felt stress
creeping from the mustache like a blood moon.
The mustache knew he was prone to obsess.
Once, a young mustache, he watched a snake
for so long the mustache point became moot.
Though he felt his mustache (ice cream to her cake)
melting to a dead mustache, her beauti-
ful discomfort was a mustache Garbo,
mustache mystery on par with foreplay,
the mustache train carrying a hobo
whose mustache name was Mustache Lovely Day.
In Junes sqare eyes, the mustache saw rhinestone.
In her black fear, mustache smelt hair cologne.

Important arrangements were to be made. The party would not plan itself. She sat on her square, black sofa, dreaming about the decorations and imagining the caterer and even some of the clothes her guests might be wearing. It made her happy to think like this. But, soon enough, her grand hopes began to settle like soft snow on the warm floor of the situation. She didn’t have much money. A. would never get behind her on this. Her sister-in-law would drink too much and break her black, square heel and throw her purse in the swimming pool and fall asleep in a lawn chair. There were bills that needed to be paid now. If only she had never met mustache. If only he hadn’t mustached her aunt in a furnace, or
breaded her over an open mustache.
That evening while her husband and children ate the food she had carefully mustached for them, she got an idea. Perhaps, she thought, if I were to mistake something for mustache. It seemed perfect. It covered all the angles. A. would get behind it because he needed that mustache. Her sister-in-law would take care of the bills. The cold snow began to melt. As a metaphor for her mood the cold snow no longer made sense and began to drift upward, out of the story, out of the poem, existing only in the past, in another time, one that seemed much bleaker.
The next morning she packed the children’s lunches and pressed A.’s shirt for him. After the kids were on the bus, and A. kissed her cheek and drove the Volkswagen down the long driveway, she fed the mustache and packed her baggage. She called the mustache. Put a note on the door for the mustache, and left, making sure she left the mustache slightly cracked so the mustache would be able to mustache the mustache.
The day was hot and by the time she reached the airport she was sweating through her shirt. She fanned herself with a mustache and nervously surveyed the situation. There were two guards near the mustache. Each mustache looked like it held mustache. She ordered a cup of mustache from the mustache who worked behind the mustache.
Mustache knew that she couldn’t mustache about this forever. She’d have to make up her mind mustache. She studied the mustache. She thought about all of the mustache in her mustache. All of the mustache. All of the mustache and mustache and must ache and mustache. She thought about the mustaches when her mustache was put in mustache. She took one more mustache of mustache. She mustached. She mustached her mustache and with every mustache of her mustache, mustached.

Many thanks to Peter Davis, poet and musician – and all-around nice guy – for letting us publish three idiosyncratic and deeply original poems, from his seminal debut collection Hitlers Mustache (The Barnwood Press, 2006).

Every poem has the title ”Hitlers Mustache [something]”. Each and every one of the poems are about Hitlers mustache, or maybe, none of them really are about Hitlers mustache? Read three poems from Davis collection, hugely entertaining and thought provoking Poetry! Poetry! Poetry! (Bloof Books, 2010). Visit Peter Davis homepage, for more poems, interviews, amongst other things.

POEM ADDRESSING THE READER
AND EXPRESSING A BEAUTIFUL HOPE

I am very appreciative that you’ve taken the time to read this poem. I hope you like it. Let me know what I can do to improve it. I know that we all have different tastes and different ideas about what comprises good writing. Hopefully, we can agree in this instance. If you have very strong feelings about it, one way or another, you should write a review of the book in which this poem appears. If this poem is being published in a journal and you are unaware that it is also in a book, you should look it up. It is possible it is not yet in a book. You could even try reaching me, or something. You could google me. A review would really be nice. Something formal so that I feel it’s legitimate. I’m actually only half interested in this poem so far, but I’m also feeling a small mania about it. I have reason to believe that I’m very, very good and that you’re leaning closer and closer and closer and that at any particular instant you may kiss me on the cheek.

I hope you will understand that I’m only trying to write a good poem. I’m not trying to show off or do anything other than entertain you in such a way that leaves you feeling enlightened and impressed. Depending on how you feel about all of this, you may want to consider writing a reflective essay that will give you the opportunity to think more deeply about this poem. You might at least consider talking about this poem with a number of your friends, or on your blog. If you are a teacher you may want to assign it to your students and mention it to your friends in the department. Even if it seems strange, you could suggest forming a reading club devoted to this poem and the complex and simple issues it illuminates.

I am grateful to you for reading the first sentence of this poem. As much as I am selfish for writing it, you are generous for reading it. We can console ourselves that, if nobody else ever sees this, you and I made it at least to the end of sentence 3. That must count for something. Or if this poem is now very popular and you are coming to it as reader number 50,209, or 50,000,209, you can know that you are discovering what many others have discovered, and you are only on sentence 5! This must be very exciting for you!