I have made brief interviews with a few Swedish and American graphic designers I admire. I have asked somewhat similar questions, but interestingly enough the answers vary to a considerable degree. “It’s a hopeless question,” one of them answered, while another answered the same question with enthusiasm.

I really enjoy reading about how each and every one of them approach the task to make an excellent book cover, one of those that makes you want to snap up that book, not one of the others, immediately. Alban Fischer, author and graphic designer, have made several covers with that quality – beautiful, haunting, melancholic and nostalgic. 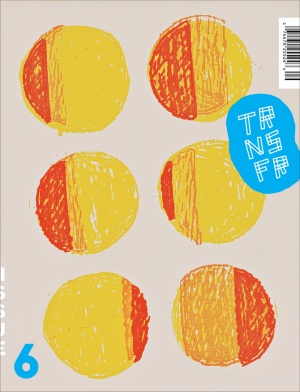 Fischer has designed covers for poetry and literary fiction for some of the finest American small presses, including Horse Less Press, YesYes Books and Birds, LLC. He has also designed magazines like Trnsfr and PANK. His portfolio is varied and very enjoyable to explore, some of my favorite covers have a layered quality to them, a depth that makes them visually captivating.

Fischer is the author of the poetry chapbook Status Area (Varmint Armature, 2011). His work has appeared in BlazeVox, Kindling, Past Simple, Thieves Jargon, amongst other publications. He is the founding editor of Trnsfr and he lives in Grand Rapids, Michigan.

Could you please tell us a little about your background and how and why you became a designer of book covers?

I became a designer somewhat by accident. I’m a little wary of how that sounds, I must say; it seems blithe or capricious or something. Serendipitous, even. But I’ve certainly worked hard to make a career for myself. When I was young, I thought I’d grow up to be an artist. I’d discovered at an early age that I had a talent for drawing, for making things. I was even excused from handwriting exercises in school because I had such nice penmanship. The trade­off was that I’d clean erasers instead. (It’s funny—it occurs to me just now that this is something of a model for what my life is like now as a freelance designer.) I don’t think I had any real idea what an artist was, though, or what an artist did, exactly. I figured I’d just go on drawing things.

Then, in my early teens I became a voracious reader, and discovered what I’d really wanted to do was write. So, naturally, in my twenties I began reading tons of literary journals, and submitting my work. And I thought, sort of vaguely, that maybe one day I’d start my own journal. And at thirty I did. Obviously, I knew I’d need someone to design the thing, but I didn’t know anyone. So I taught myself. Trnsfr was my education in design. At the time, though, I didn’t think of what I was doing as design. I just wanted to make something unique. A few years later, I was out of work for a brief period. It occurred to me that I’d developed through Trnsfr a number of contacts in indie publishing. I thought maybe I could get work doing layout for a small press or something. Luckily, there were a number of them that needed help. Some of them really responded to the look of Trnsfr, so I started doing book covers as well.

What purposes are book covers supposed to fill?

Well, obviously book covers were initially purely utilitarian. Dust covers were just that—meant to protect books from dust and whatnot. They’re now of  course a kind of art form unto themselves. Naturally, we want them to be pretty. And pretty certainly goes a long way, but we need them to do more than just look pretty. A lot more. They have to say, I have what you’re looking for. They’re advertisements. We also need to be able to trust them. So in a certain way a good book cover has to tell it straight. But in the most attractive way; it has to be astute. And book covers are a kind of visual shorthand for the book itself, for its contents. A designer has to be cognizant of that. And a cover has to be able to withstand that responsibility, that challenge. And when it does, it can sometimes itself become as iconic as the book it clothes.

When I think of one of the books that has always meant a great deal to me, Ulysses, I think of the cover—in this case the Gabler edition, with that beautiful design by Carin Goldberg (whose work I revere). And I think this is all the more underscored by the current age, with so many people buying their books online. Covers have to be more aesthetically concise than ever before. But I think they have to reward us too. Maybe like a validation of our taste and intelligence. People want to possess something that is really remarkable, something they can cherish. We need covers to reinforce our belief in a book’s power, that its contents are invaluable and truly meaningful (this extends to a book’s interior layout and production, too). You’re not impelled to pick up an ugly book. 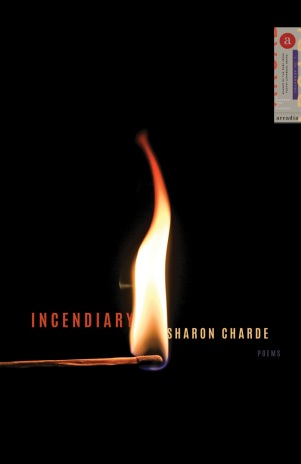 Are there differences between book covers and other kinds of graphic design? I think quite a few of your covers would work well as posters.

Absolutely. And certainly there are similarities. For instance, what I said about rewarding us, and the validation of taste. With any design—in whatever discipline—those are definitely concerns. But perhaps we view books as even more tied to our taste and intelligence as intellectual flags, signifiers, mirrors, projectors. We view them as communicating something deeper about who we are than, say, one’s choice of footwear. I know this all sounds a bit superficial, but at the same time, I think those concerns are important. Because these signifiers are communicating a certain truth. What a person wears obviously says a lot of things about him or her, but class and fashion can be cleared away. Intelligence, what we know, our moral core—these are something else altogether. 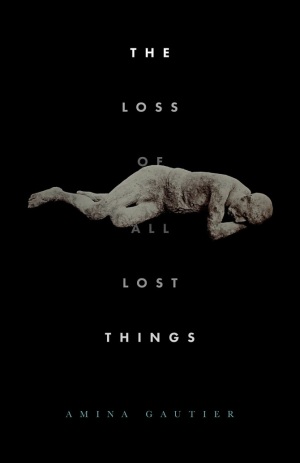 And I think the haptic nature of books informs their design to a greater degree: they don’t become what they are until we open them. Obviously, one could say that about a shirt, but a book keeps becoming a book, forever. Its stories don’t exist until we imagine them. And then, too, we want precious objects to feel good in the hand, but with books this feel also tells us something that is directly connected to the content of a book. Is it serious?, say; or is it light?

I don’t—not really. Certainly no ritual, or at least nothing I would recognize or categorize as ritual. Maybe just that I don’t think a book cover should pander to easy expectations or simply be a patchwork of fashionable motifs. I don’t see why a work of genre fiction, for instance, should look a certain way or should follow a proscribed set of visual tropes. Design for me is more an intuitive process than anything. And I don’t see why those same tropes can’t be exploited or queered, too—even for genres with which they’re not customarily associated. I think tradition is important—hugely so. Without it, without a keen knowledge of it—and even respect for it—what do you have to push against, spring off from, broaden, or tear down? It’s heuristic, in a sense: paradigms can themselves be tools to dismantle other paradigms. As far as process is concerned, it is in many respects different for each book.

It seems most of my covers rarely resemble the original concept. Of course, I’ll read a book, take notes. Often the author or publisher has a few ideas or images they’d like me to do something with or keep in mind. Sometimes I’m given artwork to incorporate into the design. With some publishers, albeit rarely, I’m given carte blanche; with others, it’s a little more collaborative, in a way: they’ll like certain aspects of two different concepts, say, and ask that I merge them, or suggest a different angle I hadn’t thought of. And sometimes—also (very) rarely—I nail it the first round. 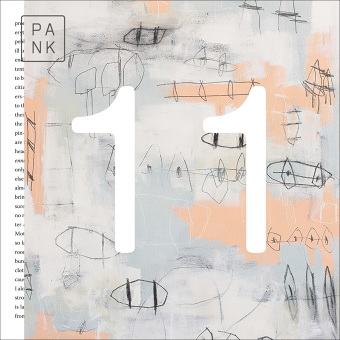 You have made covers to small and cool niche magazines, like PANK Magazine and Arcadia Magazine, and to books from rather small presses oriented towards literary fiction, like Tiny Hardcore Press, YesYes Books and Birds, LCC. Looking at your work I see all kinds of different styles, from Dadaism and collage to very contemporary visual expressions, like the beautiful cover to Dolan Morgan’s recent story collection. Do you think that you enjoy a greater freedom than a graphic designer working exclusively for large presses?

I find it hard to apprehend my own “style.” A client will contact me and say they love my style or aesthetic or my sensibility. But it can be hard for me to see what that is. Or perhaps to see what they perceive it to be. I know how I don’t want something to look. Maybe a person’s style can be defined by what they choose to not do. I’ve wondered this about larger presses, whether I’d have less freedom with a major house. Perhaps one does have more freedom with an indie press. But I have no idea, I’ve no metric for that. I mean, it’s rare that I have a marketing or sales team to please, or a distributor. But I do have to deal with this too for a few of the presses I work for.

And while one might say I’ve created work in many different styles, I don’t think I’ve ever consciously tried to create anything in a certain style, unless asked to do so outright. I like to think I’m flexible. And I’m influenced by a lot things. Graffiti, for instance. Things that aren’t design—happy accidents— like the look of a casually laid stack of junk mail, even. Or completely utilitarian things, user manuals. But as a freelancer, I have to be flexible. Maybe that necessity is what accounts for the freedom one might see me as having as an indie designer. 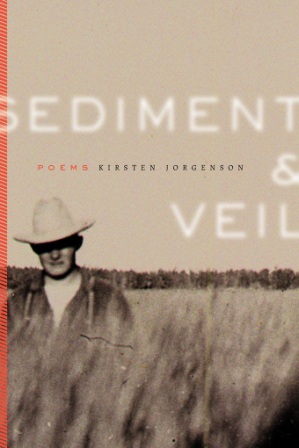 Can you please pick one of your covers and explain how it came about and how you intended it to work?

A cover I’m particularly proud of is James Tadd Adcox’s Does Not Love. There is a scene in the book in which one of the characters peruses online profiles of surrogate mothers. In all of the profile pictures, the women’s are eyes blacked out with a bar. Tadd wanted an image like that for the cover, and I believe even had a particular one in mind. Eventually, the editor on the project, Jacob Knabb, sent along the images you see on the book now. I wanted the placement of the text to work in the same way the black bars over the eyes would, to obscure identity, to give a sense of something hidden or verboten. The book has a lot to say about identity—identity in the context of a marriage. The book is about a lot of things—pharmaceuticals, paranoia, conspiracy theories, jealousy, infidelity, the American dream, the inviolable ideal of the nuclear family—and I needed the tone to encompass all of those things. So the images on the cover are somewhat classic, suggesting a more “proper” time in which our roles in our relationships and the world were, we imagine, more clearly defined. But I wanted the book to feel big, too. Because it does feel like a big novel, even though it is short (its dimensions are quite small, too). For Adcox’s first book, I placed a quote from the book on the spine, no author name or title, and I wanted a similar treatment for this one. I thought it would be interesting to have a pharmaceutical label on the spine. The mysterious pill one of the characters takes is called Milamor, so I thought it would be perfect to create a mock label for that. It would look sort of institutional and threatening, and seem a bit strange, which the book is—in the best of ways.