Can he do that?

Favoritavsnitt: ”All the President’s Lies” 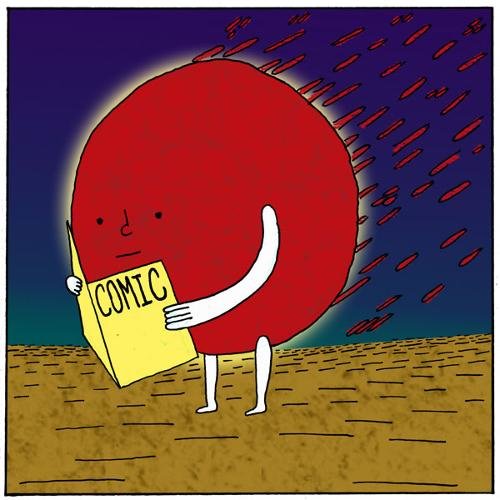 Please tell us a little bit about your background, especially regarding reading and Joyce, and how you got the idea to launch the podcast RFW.

– I first heard about Joyce when I was in high-school. We did not read any Joyce, but we read Faulkner, and I guess I sort of learned about Joyce from reading articles where he would be mentioned with Faulkner. I read A Portrait of the Artist as a Young Man while I was in the Navy on deployment back during Operation Desert Storm in the 1990s. It was difficult, but I struggled through it. I later read it a few more times knowing that I eventually wanted to read Ulysses. I started and stopped Ulysses a few times before I finally gave up.

– In 2012, I started graduate school at Georgetown University in Washington D.C. I was working on a Master of Liberal Studies degree mainly studying philosophy when I noticed a course on Joyce and Beckett. I signed up for the course and in that course we read Dubliners, Portrait, and Ulysses. I finished the Masters degree later that year and thought that if I was ever going to read Finnegans Wake that now would be the best time, so I dove in. About six months later I was done.

– I had never really listened to podcasts before until one day I found out about Frank Delaneys podcast on Ulysses. I started listening to it and really liked it. I searched the internet and iTunes for one on Finnegans Wake but there were none out there. I was looking at doing a second reading now that I had read a lot of supplemental material concerning the book. Then one day I just got the idea that while doing my second reading, I could just record my thoughts and maybe help someone trying to get through it.

Why do you think this profoundly difficult and eccentric book is so tempting to interpret and decipher?

– Mainly because every word is layered with multiple meanings. It is almost like you are a literary detective trying to connect the dots and find out what is going on. It is so rewarding when you do make a connection and the lightbulb goes off and that is what I wanted to share. Also, I hope that through the website, a discussion can be started where others will participate and point things out to me that I have missed or overlooked. It is also exciting when someone points something out and you make the same connection.

– It is kind of difficult to discuss Finnegans Wake because so few people have read it. I actually don’t have any acquaintances that I see or talk to on a regular basis that have read it. I work in the engineering field, so most of the people that I know have never even heard of it. That is why the internet is so great. It takes something as large as the internet to gather a small group of people that are familiar with a topic that is such a niche.

When I started to follow your podcast a couple of days ago, I bought Finnegans Wake in a paperback edition from Oxford University Press from 2012. Can you please tell us a little bit about the different editions and which ones you would recommend?

– Editions of all of Joyce’s books are always surrounded by controversy. You have the whole Gabler debate about Ulysses where some people hate the Gabler edition and others are ok with it and find it more convenient because the lines are numbered. With the Wake, I believe you want to make sure you get the one that incorporate Joyce’s corrections. When it was first published, I guess the printers made a lot of errors and Joyce corrected them. So, you want to get an edition that has those incorporated, which the Oxford does.

– The Oxford is the one I’m reading this time through for the podcast. I initially read the Penguin, which may not incorporate the corrections. I’m not sure, but nothing has jumped out at me as being radically different from the Penguin; although, I’m not comparing the two line by line. I think you will probably be alright with either one unless you are doing scholarly PHD type work. I am not doing that type of work.

I really enjoy RFW and I think it was surprisingly easy to get started and stumble right into the strange world of Finnegans Wake. Could you please describe the structure of RFW and how its intended to work?

– I intend it to be an asset that someone who has never read the book could listen to and come away with an understanding of the beauty of the book. I would hope that everyone listening would have a copy and either read along, or read before or after listening.

– As far as the structure goes, I am spending a lot of time in these early podcasts going word by word which is kind of slow but necessary to really see how every word really contains many meanings that are applicable or will be applicable later on in the text. I think after I get through the first few paragraphs, things will speed up a little bit because listeners, and I, will be more familiar with the themes and I wont have to do so much definition type work. An instance of this would be in episode five, I talked about Jonathan Swift and his relationship with Esther Johnson and Esther van Homrigh. In future episodes I will just be able to point out where Swift is applicable and listeners will already be familiar with who he is.

– My podcasts will always be detailed though. I have no timeline or deadline to work against. I am 44 years old and in decent health, so I could, barring any tragedy, go on for about another 30 or so years probably. I don’t intend for it to take that long, but that is my only deadline so to say, which is funny when you think about it because it is a literal dead line. Ha Ha. That being said, I do see it being complete in about five or so years, at which point maybe we will start over, or maybe I’ll do another book.

The book is huge and its partly written in a language that Joyce invented. It might even be best known for being one of the hardest books to read in the modernist canon. How many episodes of RFW do you think it will take to cover the whole book?

– I’m not really sure how many episodes, but I’m at five now and we are still on page three which is the first page, so I would imagine it would be over a 1000 episodes. I don’t think all of the pages will require five or more podcasts but many will. Most of the feedback I have received on the podcast is asking for longer podcasts, so I may try to work on that. Right now, though, after about twenty minutes, I am tired of listening to myself talk.

– I would like to explore possibly doing some podcasts with some guests which may help them to go longer, so if anyone contacts me who seems like they can provide additional insight and maybe help the podcasts go longer or cover more material in one podcast, I would be willing to discuss that. Also, I may have a few podcasts that are not directly related to the text, maybe historical or biographical type of podcasts where we discuss things going on in the Joycean world, either past or current events. I’m really open to anything especially if it helps people get into the book.